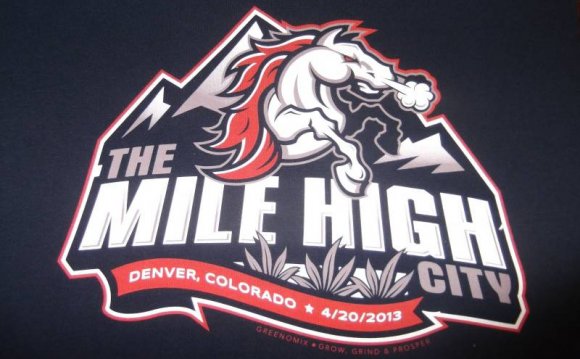 When Colorado’s Amendment 64 took effect in January 2014, successfully legalising marijuana, hordes of tourists flocked into state to use the hardly legal medication – and then get a hold of there was clearly no place to smoke it.

Though adults elderly 21 or over can legitimately possess up to an ounce of retail cannabis, rigid regulations make it tough to consume without breaking regulations. As with the open container legislation covering alcohol, cannabis can't be smoked in public. While many cigar stores enjoy immunity through the Colorado Clean Indoor Air Act, which prevents smoking in public organizations, those rules cannot increase to pot shops. Ganga-preneurs tend to be forbidden from starting “bud taverns” and cigarette smoking in dispensaries is likewise illegal. National parks stick to national law, making cannabis camping difficult, also. Breaking marijuana legislation can result in thousands in fines and jail time. Simply speaking, Denver is hardly an all-American Amsterdam. This poses problems for hash-hungry travellers without a friend’s settee to crash in.

Enter Joel and Lisa Schneider, people who own the Mary Jane Group, which is leading the way in “the canna-lifestyle hospitality sector”. They operate The Adagio Bud + Breakfast in downtown Denver. Unlike a hotel with a public lobby, a privately owned bed and break fast can allow customers to legally eat marijuana products to their private premises. The Adagio opened in 2014, successfully cornering the market.

Going into the Adagio feels practically disappointingly typical. Detailed with crown moulding, chandeliers and a grand piano, the gorgeous Victorian home (built-in 1892) is barely a drug den. Indeed, in addition to the enshrined Jerry Garciamemorabilia and blown-glass bong about the size of a grown-up blue whale, you may never know its secret. No one’s breaking bad in right here.

Denver The Mile High City By The Rockies