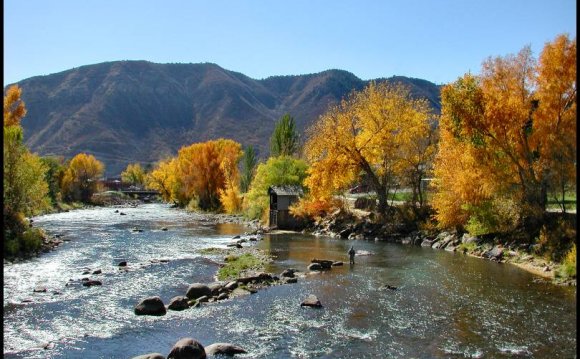 Located during the spot of principal Ave. and 8th St. (802 principal) in the heart of historical Downtown Durango, this new Durango greeting Center is a one-stop “information” search for all that Durango and surrounding La Plata County offers to site visitors and locals. Its realization is a result of a distinctive collaboration of four key organizations: Durango Business Improvement District (BID), Durango region Tourism workplace (DATO), Fort Lewis university (FLC) and the City of Durango, plus key support from an extensive cross-section of the community. The guts is a go-to area for passes, changes on tourist attractions and occasions,
plus comprehensive information about educational opportunities at Fort Lewis College, Durango’s in-town, four-year establishment of higher understanding.

When dealt with by individual companies, these posed organizational, running and financial difficulties – facts reinforced as year after year the deficiencies remained problematic and unsolved. If the deficiencies had been approached from a collective perspective, they truly became solvable by drawing sources from multiple resources, using cooperation options and creating a unique neighborhood asset a lot higher than the sum its parts.

Area
For decades the BID had been watching for a storefront in Downtown Durango to become available – one that would work as an expanded welcome center. Bob Kunkel, BID executive manager plus the City’s downtown company development director, decided in belated fall 2011 to approach your time and effort proactively, distinguishing desirable places, and questioning tenants of these future programs. The effort reduced, as Jim Rockelman of Durango Music was deciding on downsizing, leaving the two fold storefront at principal and 8th potentially readily available for BID as well as its future partners.

Organizational Framework
The building at Main and 8th is possessed by Bob Griffith, in which he features retained ownership associated with dual store that had for many years housed Durango Music (now relocated to 2nd Ave.). The master leaseholder for the Center may be the City of Durango, although the City intends to play no role within the day-to-day functions at Center.

Three lovers are the “tenants” regarding the Welcome Center, pay a month-to-month rent and divide all functional prices:

Build-out
The redesign for Center was done by Architect Rick Feeney, who was simply tasked to generate a highly-functional, multi-use center.

Shawn Slater of Colarelli Construction served as General Contractor, supervising a team of all local sub-contractors.

Price for the build-out ended up being roughly $300, 000 – $85, 000 each paid by the BID, FLC while the City of Durango using balance invested by Bob Griffith. (This figure doesn't include the funds spent by FLC or DATO for completion of their displays/offices.)

Inside concept/amenities
The interiors of this greeting Center feature oversized dioramas created by Kris Hickcox of Pool Creative and made by FastSigns of Durango, which, instantly inform site visitors of this numerous experiences obtainable in Durango and La Plata County.

Huge display televisions including computer screens come for the center, offering visitors access to information and enhanced video experiences of tasks and attractions around the Durango area. Physical leaflets and maps can also be found, and the welcome table would be staffed by DATO’s Visitor Information Specialists to aid visitors in preparing their particular stay-in Durango.

The key part of the Center features a variety of decorated “vignettes” sponsored by different organizations such as the Durango & Silverton Narrow Gauge Railroad, Durango Mountain Resort plus. Fort Lewis College, along with its vignette, will offer you van tours of the university during the day.

The Center includes six public restrooms, a liquid section for container fill-up and a bank ATM.

Lasting methods
Durango as a city takes pleasure in “doing the right thing” when it comes to renewable practices, hence every effort had been designed to further this work in Welcome Center. “Reusing” a current building is a sustainable rehearse (rather than demolishing and rebuilding), plus it aided keep a few of Durango’s historical personality.

As demolition of this interiors ensued, Beaudin Builders salvaged all usable building products for recycled used in various other tasks. Phoenix Recycling accumulated the remaining garbage and recycled it through their well-established neighborhood company.

Current lamps (27) had recently been replaced with new ballasts, which paid down energy consumption by 2kW, or around $500 annually. These fixtures had been retained.

To lessen water consumption, the Center includes twin flush toilets and a waterless urinal. Zero-VOC paint bought through a nearby supplier had been used throughout in addition to floor coverings associated with the main location is made from recycled rubber. A brand new, high efficiency HVAC system has also been put in, and hope will be ultimately fund and install a solar range on top to offer electrical energy for building.